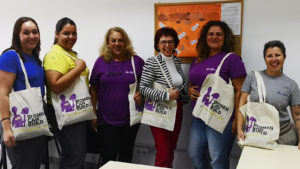 Fundación Laboral de la Construcción of Las Palmas de Gran Canaria has been working for over a decade on training and employment projects aimed at breaking down gender barriers and creating an industry on an equal footing, thanks to the support and collaboration that the joint entity maintains with other local and regional public institutions, such as: the Canary Islands Employment Service, the Island Council of Gran Canaria or the Canary Islands Housing Institute. In just one year, from Las Palmas, the Foundation has tripled the number of women trained, going from qualifying 50 professionals in 2017 to 150 in 2018.

The Women Can Build project visited the training centre of Fundación Laboral de la Construcción of Las Palmas de Gran Canaria on 11 December to get to know first-hand the work carried out for the insertion of women in the construction sector on the islands. Eight of the 46 women who are currently participating in six training and employment projects of the Canary Islands joint entity were interviewed, as well as Delia Medina, manager of the Territorial Council of Las Palmas, and Rosario Lorenzo, restorer and teacher of the Foundation. All this, with the guidance and guidance of Elena Sosa, responsible for Training of the joint entity in Las Palmas.

We believe in them

“We believe it’s possible; we believe in them.” In this way, Delia Medina defends the work carried out by the Foundation to favour the achievement of a gender equality sector, in which the presence of women in the work is not merely an anecdotal circumstance, but a normalised and naturalised reality: “We are convinced that women have a future within the construction trades”.

The testimonies collected by Women Can Build correspond to women who participate and work in five programs of Training in Alternation with Employment (PFAE) and a mixed program of Training and Employment, each of which has a training program of 1,760 hours of theoretical and practical classes in the specialty of Masonry and Finishes.

All these projects combine the real work of rehabilitation and conditioning with training to obtain certificates of professionalism, which in addition to promoting the inclusion of women in the work, also promotes the integration of unemployed women and men, without education or with primary education.

Awareness and collaboration of all the agents involved

In order to continue on the path of success, the awareness and collaboration of all the agents involved is fundamental. Training centres, students, professionals, teachers, public bodies or companies are some of the pillars that can strengthen the presence of women in construction. As Delia Medina states, “companies recognize the benefits of having women in the sector”, and can benefit from qualities such as meticulousness, organization and detail provided by professionals, supporting progress towards an industry in construction on an equal footing.

Gallery of the day: 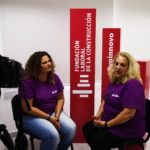 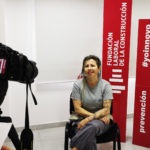 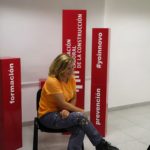 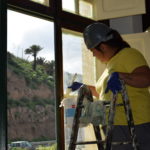 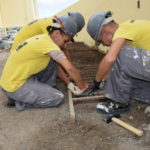 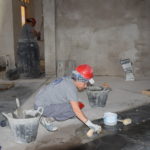 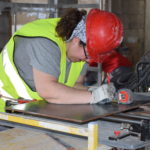 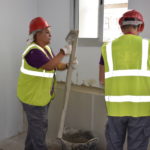 “I would tell a girl that if she wants to work in construction, to train and work, to never doubt it just because she is a woman”
20 March, 2020
Fundación Laboral and Women Can Build extend International Women’s Day to Equality Week
14 March, 2019
Partners work on gender equality course for trainers at fourth meeting
27 May, 2019