The number of women in construction falls in the year of the Covid pandemic, in Spain 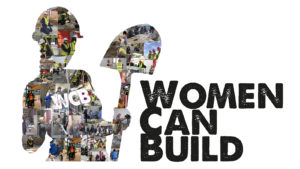 The number of women in construction falls in the year of the Covid pandemic, in Spain

As every 8th March, Women Can Build joins International Women’s Day, in a year in which the number of employed professionals in the sector fell back to the levels of 2011 and 2012, according to the report ‘Women in the Construction Sector 2020’, published by the Observatory of Fundación Laboral de la Construcción, coordinator of the project, which has launched the campaign ‘Unstoppable. Women in construction’ campaign.

In the year 2020, marked by the crisis caused by the Covid-19 pandemic, the presence of employed women in all economic sectors has been reduced, including in the construction sector. To overcome this situation and continue to claim the importance of 8 March (8M), Women Can Build has joined the 2021 campaign of Fundación Laboral de la Construcción, ‘Unstoppable. Women in construction’, sharing the image of the 50 women who participated in the pilot courses of ‘We Build Too’, carried out in Spain, Italy, France, Portugal, Belgium and Germany.

According to the report ‘Women in the Construction sector 2020’, which be published shortly on the Observatorio Industrial de la Construcción website, with data from the Encuesta de Población Activa (EPA) (Labour Force Survey) of Instituto Nacional de Estadística (National Institute of Statistics), an average of 101,881 women were employed in the construction sector in 2020, which represents 8.2%. The presence of women fell by 10.7% – nearly 12,300 fewer female workers – compared to 2019. The study highlights that, in absolute numbers, “the number of employed women during 2020 fell back to the levels recorded between 2011 and 2012”.

The Observatorio Industrial de la Construcción (Construction Industry Observatory) report also highlights, with data from the EPA for the fourth quarter of 2020 that, unlike the previous year, employed women in the sector are mainly concentrated in the 45-54 age bracket (34.8 %). Women under the age of 25 accounted for only 2 % of all employed women. In this respect, the document reveals that the shortage of young people working in the sector affects both genders. The percentage of men under 25 working in construction was only 3.4 % of the total.

In terms of Educational level, more than half of employed women in the sector (63.1 %) have a Higher Education degree. On the other hand, Spanish employed women in the sector represent the majority (90.9 %), but it is the group that decreased the most with respect to the previous year. Foreign workers account for 6.5 % of the total, a percentage that increased last year. The ranking of the countries of origin of foreign women working in Spain is as follows: Bolivia, Morocco, Romania, Bulgaria and France.

Although the presence of women is still a minority compared to men, the professional situation of women in the Construction sector is more stable compared to men and to other sectors, a trend that has been maintained over time. Thus, according to the report “Women in Construction sector 2020”, the majority of employed women in the sector are “salaried workers” (78.2 %). By type of contract, 84.3 % works on permanent contracts and 15.7 % on temporary contracts.

The Autonomous Regions where more women worked in Construction were Catalonia (23 % of the total), Madrid Region (14 %), Andalusia (11.2 %) and Valencia Region (10%). However, the regions with the highest percentages of women in relation to men employed in Construction were: Catalonia, Navarre, Basque Country and the Balearic Islands.

In 2020, the decline of women in the Construction labour market was also reflected in the participation of women in the courses given in Fundación Laboral de la Construcción, which is committed to training as its main tool for the incorporation of women into the sector. In a year monopolised by the Covid-19 crisis, the joint entity trained 6,192 women at national level, 5.9 % less than the previous year, representing 8.5 % of the people trained that year.

As in previous years, in 2020, most of the courses attended by the more than 6,000 female trainees at Fundación Laboral were in subjects related to Occupational Health and Safety (OHS). Among the most popular courses are: Basic level on Occupational Risk Prevention (ORP) in the Construction Industry, ORP for masonry works, Initial ORP, and ORP for Administrative Staff in Construction Companies. Among the training actions outside the field of ORP, those related to BIM (Building Information Modelling) methodology were particularly noteworthy, where more than 600 women were trained.

The profile of the female trainees last year at the joint entity is a Spanish woman between 26 and 35 years old (in 2019 the average age was between 35 and 45 years old), and with an educational level of Compulsory Secondary Education. The majority opted for courses related to Occupational Health and Safety (55.2 %), mainly in the presence-base modality (76.2 %).

Regarding the employment situation of the female trainees, 61 % were working, while 39 % were unemployed. 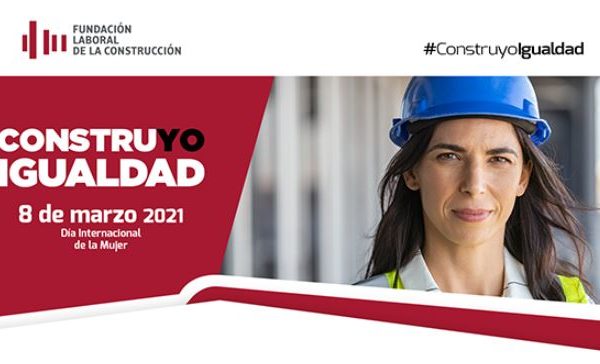 These unflattering figures on women in Construction, a traditionally male-dominated sector, show the great work that still needs to be done to ensure that this group is sufficiently represented in the Construction industry. To this end, the joint entity wanted to continue working to increase the presence of this group in the sector by “breaking down stereotypes and false beliefs”. On the occasion of International Women’s Day, March 8th, 2021, and as a continuation of the campaign developed in 2019 under the concept #ConstruyoIgualdad (I Build Equality), this year it wants to give value and visibility to women who decided to take the step, bet and work in Construction, through the campaign: “Unstoppable. Women in Construction”.

This action forms part of the 170 measures included in the Equality Plan of Fundación Laboral, aimed at eradicating direct or indirect discrimination on the grounds of sex between male and female workers, in order to achieve equal rights and opportunities.

The campaign proposes that workers in the sector join the #ConstruyoIgualdad movement, inviting all professionals to take a photograph of a woman they consider a role model in the sector “for her strength and passion”, and share it on their social networks – with the hashtag #ConstruyoIgualdad -, explaining the reasons for their choice. Likewise, in the days leading up to International Women’s Day, Fundación Laboral will broadcast a video in which its trainees and trainers have participated to give visibility to this group and to encourage and invite many other women “to opt for construction as a way to build a future in the labour market”.

In addition, Fundación Laboral is the leader of the European project “Construction Blueprint”, which aims to start up joint actions to promote the attractiveness of the sector as a first vocational choice, among youngsters and particularly for women.

Previous Post
The delegate for Economy, Innovation and Employment of the Madrid City Council hands out diplomas to Women Can Build students
Next Post
The Chilean newspaper ‘La Cuarta’ reports on Women Can Build and its pioneering work in gender equality in Europe.

“There are no women and there are no men, there are people who work in the field who are competent”
18 December, 2019
The Chilean Chamber of Construction is interested in the projects of Fundación Laboral de la Construcción
2 September, 2019
Women Can Build partnership takes over training for women in construction, via videoconference
3 July, 2020