‘Objective: employment’ of M21 radio station puts on the table initiatives in sectors where women have low visibility 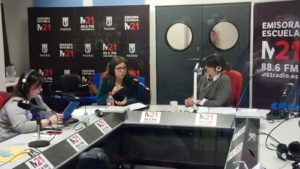 ‘Objective: employment’ of M21 radio station puts on the table initiatives in sectors where women have low visibility

‘Women can Build’ was one of the projects presented

On the occasion of International Women’s Day and the first call for feminist strike in Spain, yesterday, the ‘Objective: employment’ program from the radio station M21 of the Madrid City Council, addressed initiatives in professional areas and sectors where women still have little visibility and in which women ​​are still underrepresented.

To talk about all this, they were invited to participate in the debate, moderated by Belén Pérez Castillo, director and radio presenter: Beatriz Oliete, head of the Women can Build initiative and representative of the Labour Foundation for Construction; Cristina Antoñanzas, first deputy general secretary of trade union UGT and responsible for the areas of Equality, Youth and Precariousness of the Workforce; Elena Blasco, federal secretary of Women and Equality of trade union CCOO; and Estela Pieri, worker and trainee in the construction sector.

Among other issues, the European project Women can Build, which was commented by Beatriz Oliete, aroused great interest. An initiative aimed at the role of women in the construction industry involving seven other partners, from Germany, Belgium, Spain, France, Italy and Portugal. Spain also collaborates with the Agency for Employment of the Madrid City Council.

In addition, other experiences were also discussed, such as the Miogas initiative, from the Energy area of ​​Mares Madrid, explained by Lucía Suárez, one of the creators, together with Esther Casado.

The program closed with information and job offers in the Agenda of Employment from the Agency for Employment and the Department of Youth of the Madrid City Council.

Pérez Castillo made reference to the video filmed by actor Daniel Craig, with voice over by actress Judi Dech, on the occasion of International Women’s Day, in 2001, which read: “Women are responsible for two thirds of the work done all over the world and, however, earn only 10% of total income. And they only own 1% of the properties, so: are we equal? Until the answer is yes, we cannot help but wonder. ”

“Today we have made an interesting program, feminine and feminist”, concluded the presenter. A space that was possible thanks to the fabulous team of ‘Objective: employment’ of the radio station M21, with Belén Pérez at the head, Arancha Sánchez, in control, and the rest of professionals in writing, production and sound.

If you want to listen to the program, the podcast is now available.

Moments of the program 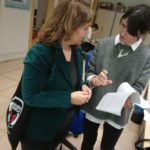 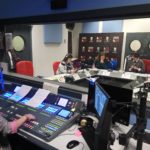 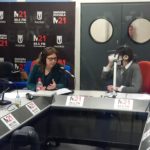 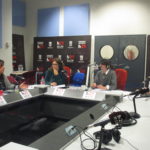 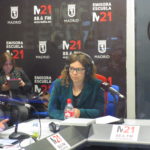 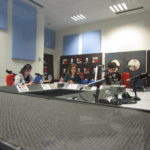 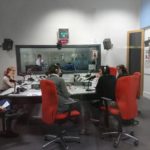 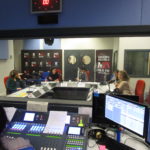 Previous Post
Women can Build in ‘Objective: employment’ of M21 radio station
Next Post
The Council of the EU adopts a European framework for the apprentices training of quality and effective