“My father runs a master plasterer’s business. My grandfather and even my great-grandfather were plasterers. In primary school, I already made the decision to continue in this line” 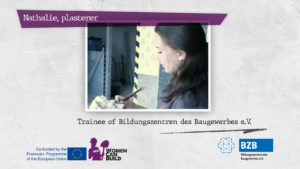 “My father runs a master plasterer’s business. My grandfather and even my great-grandfather were plasterers. In primary school, I already made the decision to continue in this line”

Women Can Build: Nathalie’s training as a plasterer.

A new training year has begun. At BZB Krefeld, a group of trainees is on its way to the workshop. The stucco on their work clothes easily gives away that they are trainee plasterers. It is noticeable that there are no female trainees in the group. And there are only a few women in the other trades as well. There are many reasons for this, for example, many women are not aware of their craft skills because they have never tried their hand at them. So their talents remain hidden. That is why the EU project Women Can Build draws attention to women in the construction sector who are convinced of their career choice and want to encourage other women to consider an apprenticeship in construction. Nathalie is one of them. She successfully completed her training as a plasterer at the beginning of this year.

On the road to success in the plasterer trade

“What I like most about my profession is that I implement complicated things that not everyone can do. I like the creativity, the variety and at the end I am happy about the good result.” She already had her profession in mind as a small child: ” My father runs a master plasterer’s business. My grandfather and even my great-grandfather were plasterers. In primary school, I already made the decision to continue in this line.” Nathalie trained in her father’s company, the master plasterer Torsten Nolden GmbH. In addition to the on-the-job training, she completed the inter-company apprenticeship training at the BZB.

At the age of 21, Nathalie is now doing her master’s degree herself. She has learned to produce and carefully process stucco, to make various patterns, to embellish exterior facades, to draw decorations in stucco and thus to refine walls. “If the client has an idea and is creative, we can live it out,” says Nathalie. Recently, she renovated and designed the office in her father’s business.

Working together as craftsmen: “We work as a team”

Many students do not even know about the profession of plasterer and its creative possibilities. For young women, there are also concerns about the physical work and doubts about not being accepted. In Nathalie’s vocational school class there were only two women and 14 men. “You should be physically fit, because you also have to carry sacks and take down walls. But there is also help if it gets too heavy. After all, we work as a team.”

Making drywall constructions, making pane plaster on exterior facades, building boxes out of plasterboard. Nathalie takes on the same tasks as the men: “There are no differences. I am treated the same as the others.” But there were also classmates who were sceptical about her at the beginning. “I noticed, however, that it was those who couldn’t do better themselves. But you don’t have to be afraid of that either. The others are very helpful and also ask for my support. We have become a small family in that time.”

So it goes without saying that saying goodbye to each other at the end of the training period was difficult. “Everyone was proud that I was shortening the training period.” She received positive encouragement from her classmates, and the knowledge was imparted to her in the company and by Dieter Stempel, master plasterer at BZB. Trying it out, repeating it, being creative, thinking and helping. Putting what was explained directly into practice. Just do it. And with every careful movement, the trainees themselves are also shaped into knowledgeable skilled workers.

Many people not only find a job in the trades, but also their vocation, an occupation that fills them with meaning and that they pursue with joy. The employees of the BZB are happy to support both female and male interested parties in this process. 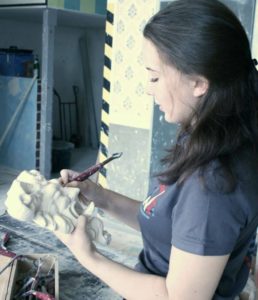 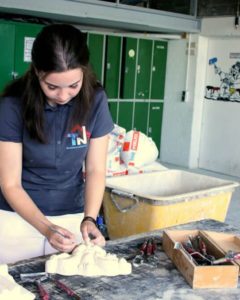 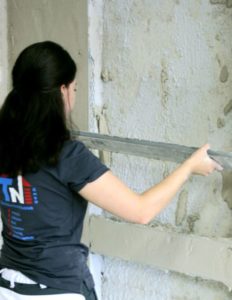 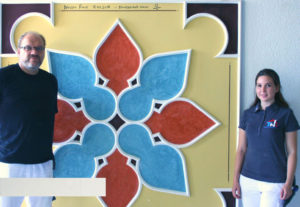 Previous Post
“Why can’t I give myself the opportunity to be trained in what I want, that opportunity that I didn’t even have in another moment of my life?”
Next Post
“The best thing I got out of the course is that I realized this is what I want to do”

“I hope there will be more women in the construction sector in the future, to make a stand and prove that we are here and we’re worth it”
20 March, 2019
The Fundación Laboral de la Construcción recognized for its social commitment
17 October, 2019
“I thought that being a girl I would go wrong, I would not know how to do it, but I am going fine and I am very happy”
12 February, 2020