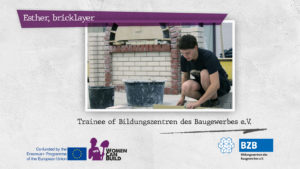 Women Can Build: Esther’s training as a bricklayer.

In the bricklayers’ workshop, each apprentice builds a free-standing piece of wall. “This is a classic task in the ÜLU,” says Esther. As part of the European Women Can Build project, the BZB show examples of young women who have chosen an apprenticeship in the construction industry. This time: Esther, a second-year apprentice bricklayer.

She starts building a new masonry structure and sets the first row of the wall, which dictates the shape of the structure. “If the first brick is at an angle, you don’t get such a nice straight plumb line. The bottom layer gives the whole measurement,” Esther explains. She places corner stones, precisely measures with the spirit level whether they are straight and attaches a string to their corners to set the height for the next stones. “When I place the next stone, I can see from the string whether it is level with the others. So it is automatically in balance.”

Women also have the skill

Esther is being trained by Antonius Kiwall, master bricklayer and restorer at Antonius Kiwall & Söhne GbR, a company for handicraft preservation of historical monuments with a focus on sustainable building. The inter-company apprenticeship training takes place at the BZB Krefeld. She had also previously done internships in a carpentry, wattle and daub, interior design and agriculture and decided to train as a bricklayer. “I wanted to do something with my hands,” she says. “I can then do that all my life and my work is always needed.” In her class, Esther is the only woman. What could be the reason for that? “I think the prejudice of men on the construction site whistling after girls is still prevalent in people’s minds. In addition, many women fear that they have to carry heavy loads. In the meantime, technology has made things a lot easier, such as the bricklayer’s crane or angle grinders. For many tasks that used to be done by hand, people now use machines.”

In her training company, she also learns to work sustainably. They use building materials that produce less waste and reprocess materials that have already been used. In the spirit of the circular economy, the company uses building materials that can be separated from each other even after demolition, so that they can then be used again. BZB is currently developing a free online course on “Handling Construction and Demolition Waste”, together with four other partners as part of the European project “CODESMA”. The course will be available to all interested parties, from trainees to site managers, from April 2020.

Responsible use of resources, more climate-friendly working methods, avoiding waste: In her apprenticeship as a bricklayer, Esther meets the demands of the current zeitgeist and helps shape sustainable change. “You should never stop starting something new. There is always something to discover and learn, otherwise it would also get boring at some point,” she concludes. 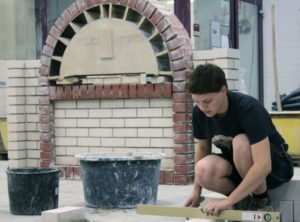 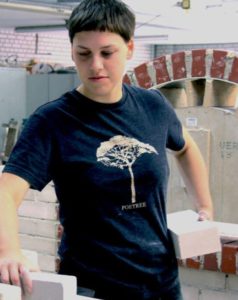 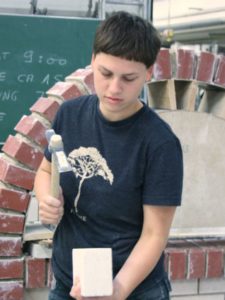 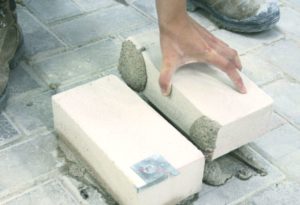 Previous Post
The Fundación Laboral de la Construcción recognized for its social commitment
Next Post
“Nothing discouraged me to be trained in this sector; moreover, I am not going to stop doing something just because no other woman wants to come with me”

“We are reluctant to think that we can do the job like the boys, but we can give this sector a twist”
16 October, 2019
European Institute for Gender Equality has a new director: Carlien Scheele
4 February, 2020
“The best thing I got out of the course is that I realized this is what I want to do”
18 September, 2019